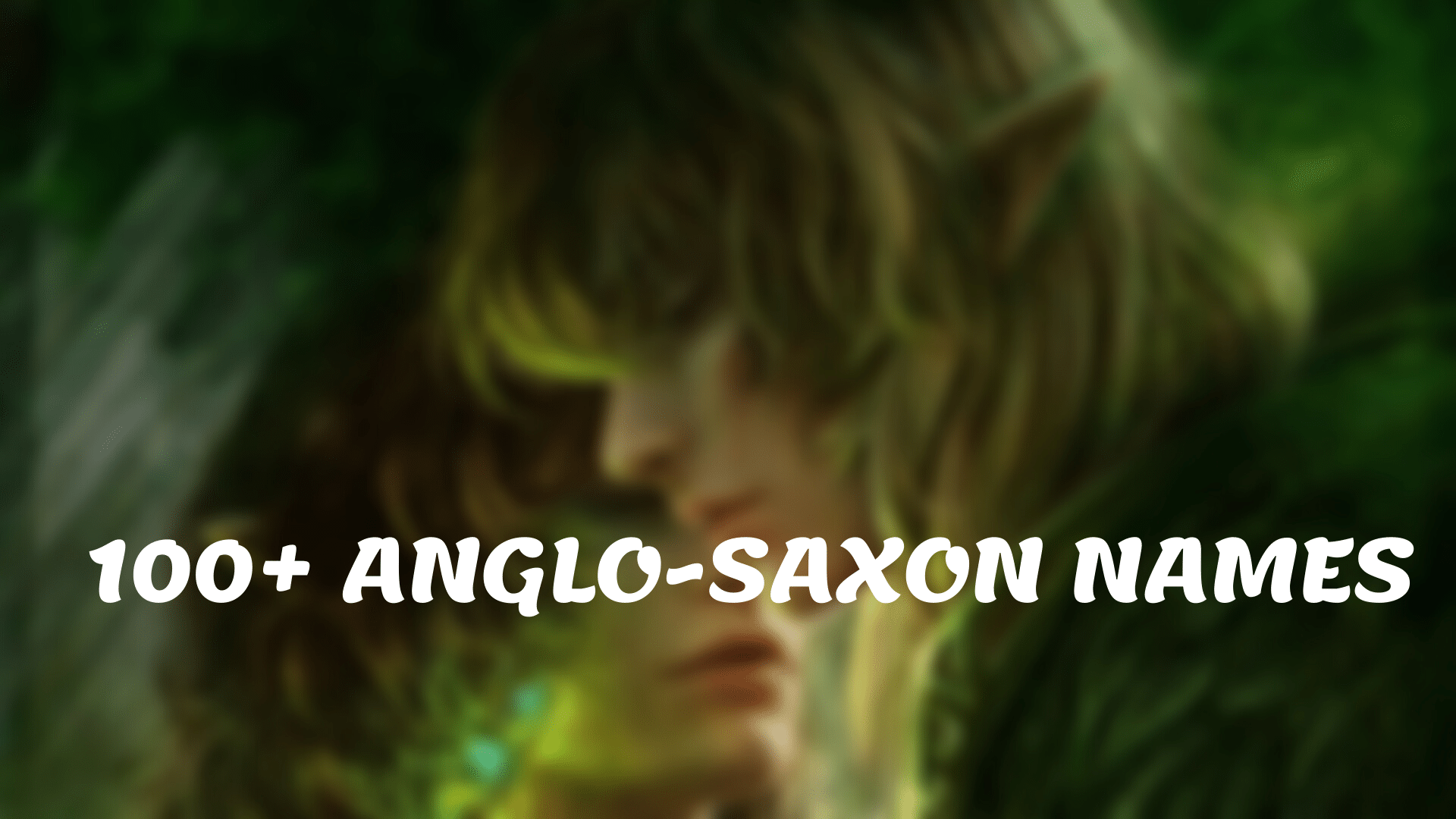 The Anglo-Saxons are considered Germanic people. These Germanic people consisted of three major tribes Jute, Angles, and Saxons. Anglo-Saxons were migrants who come from Germany in the 5th and 6th centuries. They settled themselves in England, mainly the eastern region of England.

The name ‘Anglo-Saxons’ were raised to distinguish these people from who leaves in mainland ‘Germany’. The main language of their communication was Old English. That is why Anglo-Saxons Names were derived from the old English and German language (Choose A Necromancer Name Here)

Anglo-Saxon names are still very popular in England. Many of them have modernized due to the passage of time or cultural change.  If parents are inspired by the Anglo-Saxon culture and looking for an Anglo-Saxon name for their baby then we are offering the list of Saxon names with meaning.

We have come up with the number of Anglo-Saxons names from history. Below is the list of female names rooted from the Anglo-Saxons period, which can helpful for you to decide your baby girl’s name.

In the below-given list, some names are still used by the people as it was. On the other hand people are also using these names after little modification or change.

The compiled names list consisting of the Old Saxon names for males and females are given as under.

Among the traditional naming culture, Anglo-Saxon is widely adopted by the people. These German or old English derived names can be perfect for your newborn baby. Parents can select a name and make the changes as per their thought of mind that give a perfect sense to the name.

Hey, I am a Professional Web Designer, Author, Blogger, and Teacher. I am doing content writing and working as a freelancer for 3 years. I have completed my CA-Inter in 2015 and I am 7 years old in the Teaching Profession.