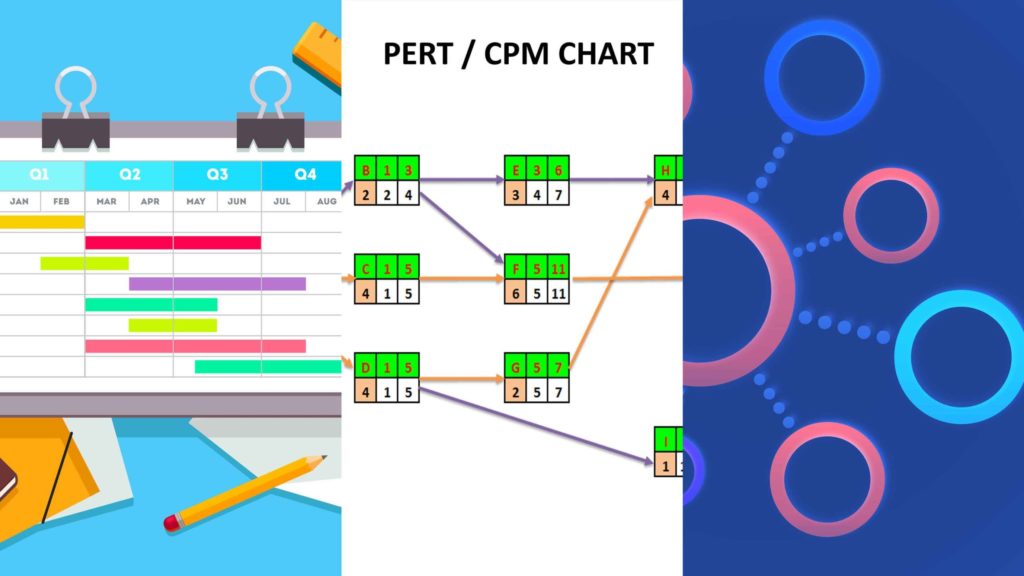 The Pros and Cons of Using Gantt Charts

Professionals in the construction industry have to use different types of charts and graphs to communicate their ideas. One of the most popular types is the Gantt chart.

But what exactly is a Gantt chart? How does it help? Below, we discuss the advantages and disadvantages of a Gantt chart to help you decide if you want to use it for your projects.

What is a gantt chart?

A Gantt chart is a graphical tool to plan, track, and manage construction projects. It’s a type of bar chart that shows the start and end dates of each task in a project.

Gantt charts are vital to construction project management because they help professionals visualize project timelines and tasks. By seeing all project tasks in one place, construction managers can better plan and coordinate work among different teams.

If you want to learn more about Gantt charts and their importance, check out this Bridgit guide.

How are gantt charts used in the construction industry?

Another way Gantt charts are used is to visualize the relationships between different tasks in a project. For example, it can help construction managers identify potential bottlenecks and sequence work to avoid them.

A Gantt chart might show that electricians should complete their work before plumbers. If the plumbers start working first, they might get in the way of the electricians and cause delays.

Gantt charts are also used to track project milestones. Doing so is especially important in large construction projects with many different teams working on various tasks.

In such a project, a Gantt chart can help a construction manager ensure that the masons, carpenters, and plumbers are on schedule to finish their work by the deadline.

Gantt charts are used in a wide range of industries. Here’s why.

Gantt charts are the way to go if you want a comprehensive perspective on your project, including its timeline, milestones, and dependencies. By mapping out your project visually, Gantt charts offer a high-level overview crucial for making effective decisions.

Gantt charts track progress and help you update your project timeline as you go. For example, suppose the electricians in the example above finished their work ahead of schedule. The Gantt chart can be updated to show that the plumbers can start working sooner than planned.

It helps construction managers make changes to the project timeline on the fly. As a result, they can avoid costly delays and keep the project on track.

A Gantt chart shows the relationships between different tasks in a project. It communicates that the beginning of one task may be dependent on the completion of another, or it may show that two tasks overlap.

Gantt charts make it easy to communicate project plans with team members, clients, and other stakeholders. In addition, the visual nature of Gantt charts makes them easy to understand.

More importantly, the chart can also show potential issues and constraints. Thus, stakeholders can anticipate risks and be prepared for them.

Project leaders can manage several construction projects at the same time using Gantt charts. For one, they can use Gantt charts to compare the progress of different projects.

Additionally, they can spot potential risks that might impact other projects. For example, if the electricians in one project are running behind schedule, it might affect the timeline of another project dependent on them.

Visual stimulation is a powerful motivator. When workers see that they’re making progress on the Gantt chart, it can encourage them to work harder and stay focused.

There’s no denying that Gantt charts can be very beneficial. However, they also have a few shortcomings.

Take time to set up

Setting up the Gantt chart can be very time-consuming if you’re working on a complex or lengthy project. You need to list all the tasks, estimate how long each will take, and identify the dependencies and relationships between different tasks. The process can be incredibly challenging if you’re unfamiliar with Gantt charts.

Since Gantt charts need to be updated regularly, there’s an increased chance of human error. A simple mistake can cause the whole chart to be inaccurate. Additionally, Gantt charts can be disrupted by unexpected events. For example, if a worker falls ill and can’t come to work, it can throw off the whole schedule.

Not suitable for simple projects

A Gantt chart may be overkill if you’re working on a small and straightforward project. The time you spend setting up the chart could be better used to work on the project.

A Gantt chart shows a project’s tasks, their time of completion, and their order. Unfortunately, it doesn’t show which tasks are more critical than others. As a result, Gantt charts can cause confusion and chaos if not used properly. For example, if workers don’t know which tasks to prioritize, they might work on the wrong things.

Gantt charts are often created using specialized software. It means you need to learn how to use the software and familiarize yourself with its features.

Plus, if there’s a problem with the software, troubleshooting them can cause delays.

A Kanban board might be a better option if you’re not a fan of Gantt charts.

A Kanban board is a visual way to track and manage work. It’s often used in agile software development, but can be used for other types of projects. Each task is represented by a card placed in different columns to show its status. For example, a task in the “To-Do” column hasn’t started yet. Once it’s being worked on, it can be moved to the “In Progress” column.

Kanban boards are flexible and can be customized to fit the needs of your project. They’re also easy to set up and don’t require any special software.

Gantt charts offer many advantages, such as tracking progress, spotting potential risks, and motivating workers. However, they also have some drawbacks, such as being time-consuming to set up and being prone to errors. 6 Things To Know When Shipping From Singapore Features Of A Good Working Space