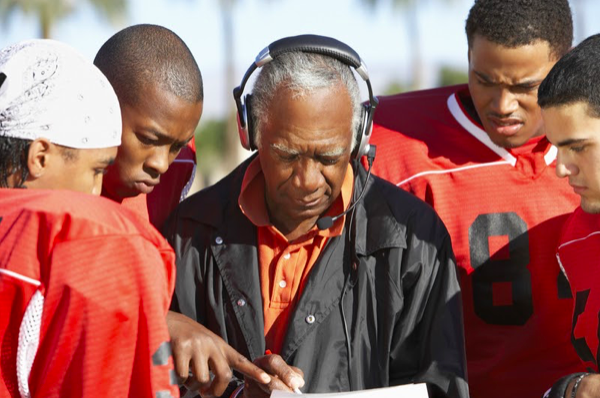 The National Football League is the most popular and prominent professional sports league in the United States.  Even though American football is gaining a lot of popularity in Europe and other parts of the world, it is very much a national pastime. If you are new to the sport, and you want to become a regular watcher of NFL games, you should know a bit about the game’s history.

Below are five legendary NFL names that you should know. These are players and coaches who have made a huge impact in their careers on and off the field.

If a person was to draw up a list of famous NFL coaches, they would likely put Bill Belichick at the very top. The 69-year-old is still serving as head coach of the New England Patriots.

Belichick has won every honor in the game with the Patriots, while his tenure at the team is now going into its 21st and potentially 22nd years.

Being a coach in the NFL is not an easy profession, as most do not last for more than a few years. Belichick is one of those rare coaches who appears to get better with time, as he develops new ways to keep his team competitive.

The coach has a total of six Super Bowl rings to his name, while he has won the AP NFL Coach of the Year award three times. Belichick also has a place in the NFL 2000s and 2010s All-Decade Teams.

The quarterback position is arguably the most important and discussed in American football. Given the quarterback is responsible for throwing the ball in every attacking possession, they must be at their best if their team has any chance of winning.

Tom Brady is one of the very best to play in the position – ever. Brady has spent most of his professional career with the New England Patriots, while he currently plays for the Tampa Bay Buccaneers.

Brady has won seven Super Bowl titles in his time as a player, with six of them coming with New England and the most recent with Tampa Bay.

The average lifespan for an NFL career is not very long, as most players are lucky if they can make it more than ten years in the top league. Brady is an exception to the rule, as he is now 44 years old.

Despite his age, Brady still has the quality to lead his team to victory when they need him the most. That is why he has won five Super Bowl MVP trophies, along with three NFL Most Valuable Player awards.

Another quarterback who made his name when entering the NFL, Joe Montana starred for the San Francisco 49ers and Kansas City Chiefs during his glittering career.

Montana was a 49er from 1979 to 1992, winning every single honor in the league during those years. He won the Super Bowl four times, claimed three Super Bowl MVP awards, and was the NFL Most Valuable Player for two successive years.

The list of honors next to his name does not do justice to the quality and legacy of Montana. Not only did he revolutionize the way that quarterbacks feature in NFL offenses, but he inspired a generation of younger players to train for the position.

If there is one player who will always be associated with the NFL, it is Joe Montana.

One of the best quarterbacks to ever take the field, Aaron Rodgers is an NFL legend in his own right. Despite being 37, Rodgers is still seen as having many years left at the very top of the sport.

He has spent his entire NFL career with the Green Bay Packers, which is a rare feat in the sport. Rodgers has been a one-team man his entire professional life, which means he may retire as a Packer in the coming years.

During his time in the NFL, Rodgers has won one Super Bowl trophy, while he was also Super Bowl MVP during that game. Even though his team has not reached those heights in subsequent years, Rodgers has still been very impressive.

The quarterback has three NFL Most Valuable Player awards, while he has been on the Pro Bowl team nine times.

In terms of individual stats, there are very few players who even come close to Rodgers for quality and consistency. He is second in terms of postseason touchdown passes, fifth on the list of postseason career passer ratings, and has the lowest career interception rating in the entire league at 1.4 percent.

How to Spice Up Your NFL Watching Sessions

There are few better feelings than having a few beers and watching an NFL game during the afternoon. Even if you do not have a favorite team, you can have a lot of fun watching this sport over the weekend.

One of the ways to spice up your enjoyment of the NFL is to put some money on the games. You could try to enter a fantasy league, where you pick specific players and see how they perform over a given season. There is also the option of betting on games directly.

While there are bound to be new legends created in the NFL every year, these players know who they are matching up against. The legends who have been there, put down a marker, and achieved great things set the standard that future generations must aim to surpass. Check out for more memorable names here.