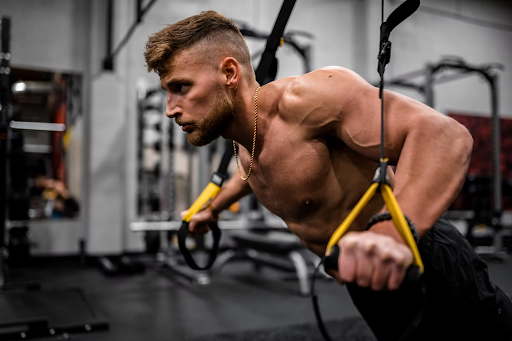 Some opponents of cannabis argue that weed reduces strength and endurance, although Michael Phelps, Mike Tyson, and Arnold Schwarzenegger do not look weak at all. Others argue that marijuana and sports get along too well, which means that marijuana should still be banned as doping. However, cannabis is so useful that banning it is simply unrealistic because cannabinoids are found in samples from 10-40% of athletes.

The use of cannabinoids by athletes is regulated by the rules of the World Anti-Doping Agency (WADA). Long before the wave of legalization, WADA did not prohibit athletes from using cannabis, recognizing the plant’s efficiency in the field of stress relief and combating burnout syndrome. Back in 2013, the threshold level of THC content in doping tests of athletes was raised 10 times — from 15 to 150 nanograms/ml. So, you can enjoy the Delta 9 THC gummies even one day before the competitions, without fear of disqualification, however, national federations and tournament organizers can change the norms for the use of stimulating substances or even prohibit them.

Previously, the use of weed, concentrates, and synthetic THC products was allowed only during the off-competition period. Since cannabinoids have different removal times, many athletes have suffered false positives, losing medals and getting suspended for three months to a year. A doping test could be positive only because the athlete inhaled smoke at a party several days before the competition.

The use of CBD is not penalized as this component of hemp has no psychedelic activity. However, using CBD oil may result in a positive sample as CBD extracts may contain some THC. However, many athletes admit to using medical cannabis for stress relief and prevention of overtraining syndrome.

The effect of marijuana on sports

Before discussing the dangers and benefits of cannabis for athletes, it should be recognized that high-performance sports do not add health. Exhausting workouts lead to injuries, spasms, and chronic inflammation in muscles. The analgesic effect of cannabis is extremely well combined with anti-inflammatory properties causing a minimum of side effects. For this reason, during the period of intense training, many athletes use canna products and exclude opiates and anti-inflammatory steroids.

Frequent repetition of the same actions during professional training increases the risk of muscle blocks and spasms. Due to the limited mobility of muscles overflowing with lactic acid, the effectiveness of training decreases, and the risk of injury increases. Athletes who have tested the healing power of cannabis included Jamie Feister, a professional pole vaulter. In his opinion, he could hardly recover so quickly from a ruptured Achilles tendon without having CBD lotion. And the famous American wrestler Stephanie Lee once admitted that she uses medical cannabis to fight overwork while preparing for an important competition.

Cannabis is particularly helpful for the disciplines related to dynamic aerobic activity:

An additional benefit of smoking cannabis is to unload the nervous system. High expectations, anxiety, and the need to focus on monotonous activities for long periods often lead to nervous exhaustion and burnout. Many wrestlers claim that cannabis liberates not only the body but also the soul, helping them to improvise during the fight. The use of non-standard techniques confuses the enemy and helps to win.

The positive effect of marijuana on the athlete’s body is also manifested in an increase in physical and mental endurance, stress resistance, and pain threshold. Since cannabis suppresses the sensations and memories associated with pain and fear, athletes under the weed can handle the discomfort more easily because they don’t think negatively. However, in extreme sports, a very positive mood can play a cruel joke with an athlete: by underestimating the danger, athletes risk being seriously injured.

Some physiological effects of cannabis use, such as increased heart rate, vasoconstriction, and increased blood pressure, can cause sharp deterioration of well-being in people with a tendency to hypertension and coronary artery disease with increased physical activity. Therefore, it is better to engage in sports in a comfortable rhythm for such people, without resorting to stimulants.