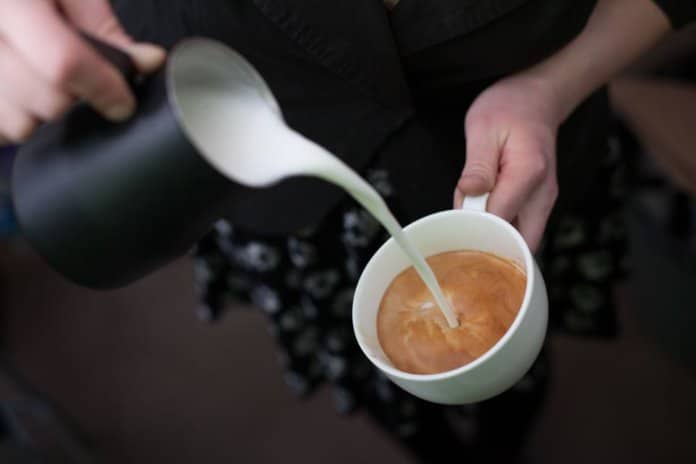 We all know that the history of the barista goes back a long farther than the early 1990s. However, the last decade of the 20th century is exactly when baristas became a “thing.”

Fine, let’s indulge the history nerds amongst us and chat about the true origins of the barista. The term itself seems to spawn from the Italian word for “barman.” Historians point to the middle 1600s as the period when the word was first used.

Photo by Victor Freitas from Pexels

The espresso machine was not around yet, but these so-called baristas would serve up Turkish-style coffee in beverage houses that also served alcohol and other types of beverages. Two-hundred years later, the espresso machine made its debut.

These machines birthed an onslaught of coffee focused shops that featured skilled workers who would continue to be called baristas. Fast forward to our original starting point – the 1990s. Starbucks had already made a name for itself with hundreds of cafes styled after the European coffee houses that brought espresso into our lives.

The barista as we know her has become a tour guide of sorts through the complicated world of high-end coffee and its challenging lingo like “double shot” and “macchiato”. The barista continues to help us leave behind the dark years of the misdescribed “best part of waking up” and enter into a coffee renaissance.

Coffee as an Experience

The problem many baristas face is the years of coffee being a means to an end. Wake up, drink coffee, face the day, repeat. Average, drip coffee has permeated the morning routines of so many people that it can be challenging to move toward coffee as an experience to be enjoyed. To many, coffee is a habit.

The place of coffee is seemingly fixed in a drug-like place that serves the purpose of making the day tolerable. This makes it difficult for even the best baristas to communicate the message that coffee is to be truly appreciated – like a good wine or rare cigars.

Misinformation carries these troubles further for baristas. One day coffee is bad, the next it is good, and the following day presents unscientific “facts” that you might never sleep again if you drink coffee. It can be hard for the modern barista to promote buy-in that coffee is to be enjoyed rather than seen as a pitfall.

The Barista of Today

The barista of today is here to use her vast knowledge to improve the customer experience while deploying her efficiency to maintain quality and speed. The challenges go beyond convincing customers that coffee can be experiential, especially as baristas are being faced by a more and more discerning clientele.

It is falling on the barista to engage her creative side and produce products that interest consumers in ways that keep them wanting more. Starbucks has made seasonal beverages into cult leaders. Releasing a limited-time-only peppermint drink in July once seemed idiotic but now represents the opportunity to make quick, massive revenue. Baristas must follow suit and continue to be innovative outside of making consistently good cappuccinos.

The biggest challenge facing the barista of today might be volume. Even the impeccable workflow of the green mermaid gang can be challenged by ever longer “peak hours” as designer coffee grows more popular each day. The required skills do not allow someone to simply jump in and help, leaving the modern barista stranded on an island with only herself to play savior.

This leads us to the barista of tomorrow (well, really today).

The Barista of Tomorrow (or now)

If I told you there was a barista out there that served perfect coffee drinks without fail and serves them at record speeds, would you believe me? What if I told you they never take breaks?

The future of baristas is now with the offering of robot baristas. There are plenty of cafes opening up featuring baristas that use a robotic arm to produce coffees ranging from basic to complicated. While this may seem like some sort of novelty trick to attract attention, the technology is gaining enough foothold to be considered a business opportunity.

Before you go down the “Robots are taking all the jobs,” path, understand that this is not the case. Sure, a robot barista can perform better and faster than a human barista and might be better for certain settings. Rest assured, robo-baristas will not be replacing all the humans anytime soon.

Machines are still not entirely autonomous. Most require tending by humans for tasks like refilling coffee beans or maintenance. Then there is the fact that data still points to humans preferring other humans when it comes to retail. Local coffee shops are not likely to suddenly remove all life from behind their counters.

However, the deployment of robot baristas will undoubtedly continue with increasing pace. Kiosks and stands manned solely by robots with the purpose of speed and accuracy will likely be popular in places like airports and malls that are less “cozy” and more “business”.

In any case, the baristas of the past, present, and future will always have one thing in common: their dedication to quality coffee being prepared the right way.